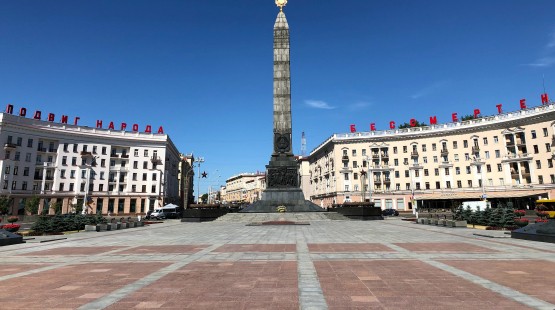 Christians are called to pray for Belarus, for the peace and prosperity of its people, and for the triumph of justice and mercy. This eastern European country of 10 million people could be going through one of the key moments of its still young history.

“Hundreds of thousands are asking to put an end to the regime of Aleksandr Lukashenko, President of the country since 1994 and known as 'the last dictator of Europe' due to the way he has run the republic after it gained independence from the Soviet Union three decades ago.

“The stability of the government now seems to be cracking, and the citizens, who have taken the streets in the last days demanding democracy, fair election results and respect of basic rights, believe the moment for change could have arrived.

“The official results of the Presidential elections of Sunday 9th August say that Lukashenko got 80% of the votes, an outcome that not many believe to be a real reflection of the will of the population.

“In the following three days, the protests have been quenched with brutal force by a militarised police that used rubber bullets, stun grenades and tear gas, causing hundreds of injuries and two deaths -- as images on independent Telegram channels have shown.

“Testimonies such as that of the Baptist believer speak of beatings on the street, tortures inside the police vehicles with electro-shocks, and indiscriminate detentions.

“Dramatic scenes have also been seen in hospitals, where hundreds of wounded people have been treated. International media speak of at least 5,000 arrested people in the 72 hours after election day.”

From Evangelical Focus of 13th August 2020. For the entire article, click here.